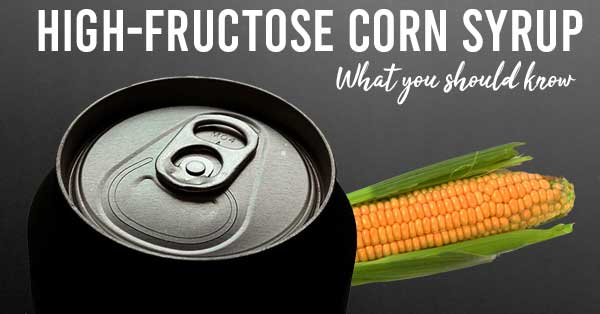 In fact, Google’s search data indicates that questions about high-fructose corn syrup have been steadily declining in interest since peaking in 2010. Does this indicate a declining concern from the public? Not necessarily, but it is interesting to note.

What is High-Fructose Corn Syrup?

The major difference comes with the water concentration in high-fructose corn syrup (around 24%) while table sugar is dry and lacks water.

As the name suggests, you would anticipate corn is a key ingredient in high-fructose corn syrup.

Genetically modified corn is processed to create corn starch and then process further to create corn syrup. This solution consists mostly of glucose whereas traditional table sugar is 50% glucose and 50% fructose. To balance this out and create a solution that tastes more like traditional sugar it is processed further and some of the excess glucose is converted to fructose.

This is why it gets the name “high-fructose” corn syrup – because at its core it is corn syrup but has been further altered to raise its fructose level to higher than it otherwise would be.

Does it Cause Obesity?

However, like was the case for artificial sweeteners, researchers are not able to directly attribute a particular food to the cause of someone’s weight gain because of the complexity of our diets and the many factors that come into play. Diet alone may not even tell the entire story, for example not achieving the recommended amount of physical activity could also play a role in someone’s weight concerns.

Though the connection between high-fructose corn syrup and obesity can not fully be confirmed, it is safe to assume that, like sugar, it is traditionally best to keep an eye on our consumption.

How Does it Break Down in My Body?

Only the liver is able to break down fructose. Once processed there the end products we receive include triglyceride, which is a type of fat.

The concern for your liver in connection to high-fructose corn syrup comes with the potential that this type of fat can build up in the liver and damage its ability to function properly. Alternatively, the triglycerides that release into the bloodstream can contribute to the buildup of plaque inside your artery walls.

Keep an eye on your sugar intake by monitoring your nutrition facts labels and being aware of the high calories that beverages can pack.