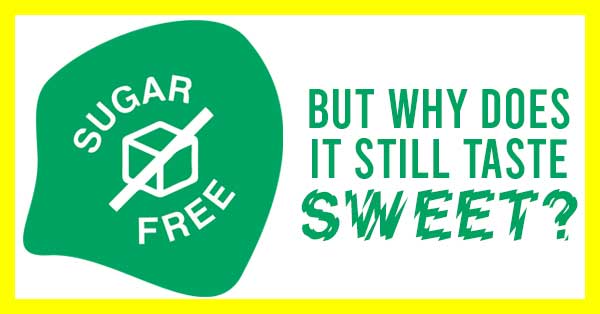 Have you ever noticed the phrase “sugar-free” on pop or other junk food? You may have found it hard to believe that these foods could taste similar to their standard versions even though they are absent of any sugar. This is because many of these foods, like diet pop, use artificial sweeteners rather than sugar to provide the sweet taste you would expect.

By using artificial sweeteners rather than sugar these products (often beverages) are in the most literal sense “sugar-free” because after all, they do not contain sugar. However, they contain an artificial sweetener that may also have negative effects on your health.

What types of artificial sweeteners should I watch for?

The most popular among these in diet pops is aspartame though the others can also be found easily in different brands of “sugar” packets that are often used for adding to coffee. If you see a product that says it’s “natural” or “sugar-free” be skeptical, there’s a chance that the product may have low sugar, but instead contain artificial sweeteners.

So why the lack of “clear” evidence? It is difficult to control the many variables that can have an effect on someone’s cancer risk like their amount of regular physical activity as well as the rest of their diet. Because of this researchers, have been challenged to know if artificial sweeteners are actually the specific factor impacting someone’s cancer risk or if it might be just one aspect of a broader unhealthy lifestyle.

The Mayo Clinic has a great article covering the pros and cons of artificial sweeteners.

What should I focus on?

For many Americans, the majority of their sweets, be it via real sugar or artificial sweeteners comes from snacks and beverages. This is a category where we have the opportunity to make a big meaningful change in reducing our intake of sweets. Rather than worrying about changing from a sugared beverage to one that uses artificial sweeteners the safest bet would be to instead drink more water. By replacing just a few of these beverages each week with water, you can make a meaningful change in your diet.