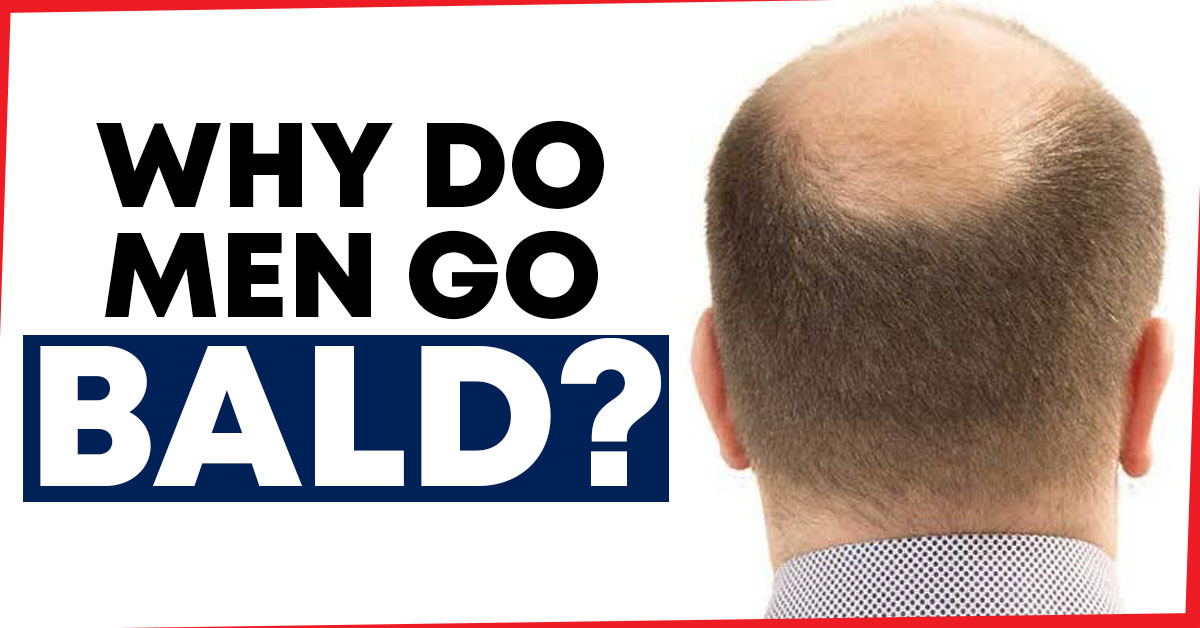 We all have men in our lives that suffer from hair loss – maybe that person is you! The good news is they are not alone as half the men in the world will experience hair loss by their 50th birthday. At least 85% of men say their hair is much “thinner” by age 50 than it was when they were younger.

For 25% of these balding men, the early signs of hair loss started even before the age of 21.

Many men become bald as a result of genes they inherit. As a result, men can get a good idea if they will be bald by paying attention to their father or uncle’s baldness patterns.

This process occurs because of the presence of a testosterone byproduct called dihydrotestosterone (DHT). Because the hair follicles inside your head are sensitive to DHT, they shrink in response and thus shorten their life span.

Human genetics is designed in such a way that the hair located at the ears and lower will not fall out. This is why the hair in this region persists even as the hair on the top of your head falls out entirely.

What pattern does your hair fall out in?

Male pattern baldness causes hair to fall out in one of two common ways:

Can baldness be a good thing?

Male pattern balding may not seem “cool” but it has been connected to a perceived higher social status. Though this was also shown to be the case in those that shaved their head intentionally, there is evidence that humans connect baldness to power.