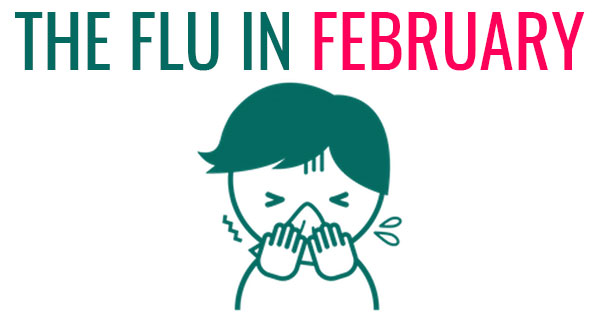 The weather here is getting somewhat warmer and while spring may seem like it’s on the way (Punxsutawney Phil agrees) the flu season is not over.

In fact, this data from the CDC displays the peak months where the most reported influenza cases occurred for the season. This is to say the most prominent months of the year for flu cases were rarely October and November instead it was later in the season that the flu was seen more frequently. (See the full report from the CDC) 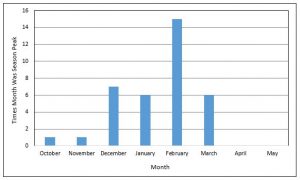 It is important we educate those that are at the highest risk for falling ill to flu and spreading the illness further. This includes elderly adults and children.

Get a flu vaccination

February is not too late to get a flu shot, however, quantities are limited. We recommend calling before coming in for a flu shot during this time to verify we still have remaining shots (320-251-2600).

The flu vaccination is not a 100% guaranteed way to prevent the flu, but it does make a big difference in protecting against some common strains of the flu.

This may seem like common sense, but it seems to be the aspect we forget when it matters most. You should avoid contact with others who have the flu as the flu spreads easily through tiny droplets released from someone’s mouth and nose.

However, this goes both ways. Anyone who believes they have the flu should stay home from work or school to keep their friends and co-workers safe.

Other common advice that you should try to maintain, whether it is flu season or not, includes:

The CDC warns that “in addition to the flu viruses, several other respiratory viruses also circulate during the flu season and can cause symptoms and illness similar to those seen with flu infection.”

Keep this in mind and seek medical help if you have flu-like symptoms that may be an indicator of the flu or similar respiratory virus.