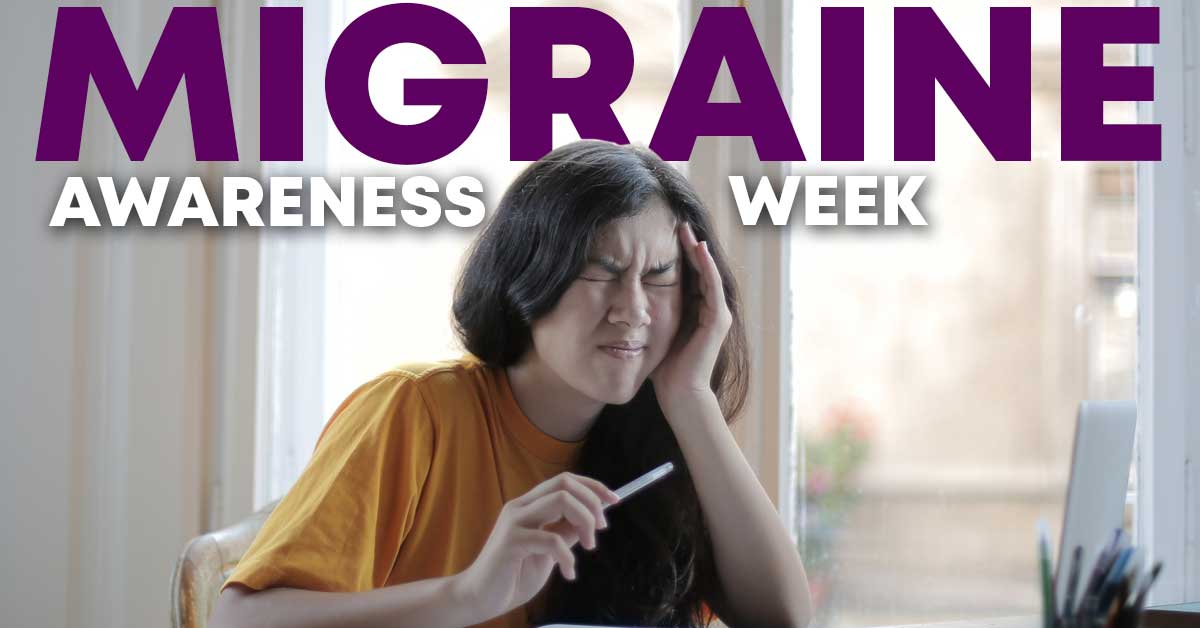 The first week of June is National Migraine Awareness Week and an opportunity to recognize a neurological disease that may have more crippling effects than many realize. Though some may dismiss migraines as simply headaches, the reality is they are much more serious.

We All Know Someone that Suffers from Migraines

Information from the American Migraine Foundation suggests that migraines are something that can be hereditary. Children with one parent who has migraines have a 50% chance of experiencing them as well. With both parents suffering from migraines the odds increase to 75% for the child.

Impacting all aspects of life

Migraines can also have a serious impact on our workforce. A staggering 90% of individuals that experience migraines face difficulties working while a migraine is going on. This is often due to the common symptoms that come along with migraines including “visual disturbances, nausea, vomiting, dizziness, extreme sensitivity to sound, light, touch/smell, and tingling or numbness in the extremities or face” (according to the Migraine Research Foundation). As those that suffer from migraines know, these incidents do not come and go quickly – they often last 4 to 72 hours.

Migraine Trust reported that in the United Kingdom an estimated 25 million work or school days are lost each year because of migraines.

Women are Most Commonly Affected

This is further shown by the fact that 1 in 4 women will have at least 1 migraine in their lifetime. Boys are more commonly impacted by migraines as children, on the other hand, in adulthood women are 3 times more likely to suffer from migraines than men.

What Should You do if You Are Suffering From Migraines?

If you have been suffering from migraines for years, you likely have some strategies to deal with your pain. Common strategies include going in a dark room or blocking out noise. Migraine treatments are available, if you have never explored these options, consider looking into them by contacting your medical provider to see what treatment options could be available to you.