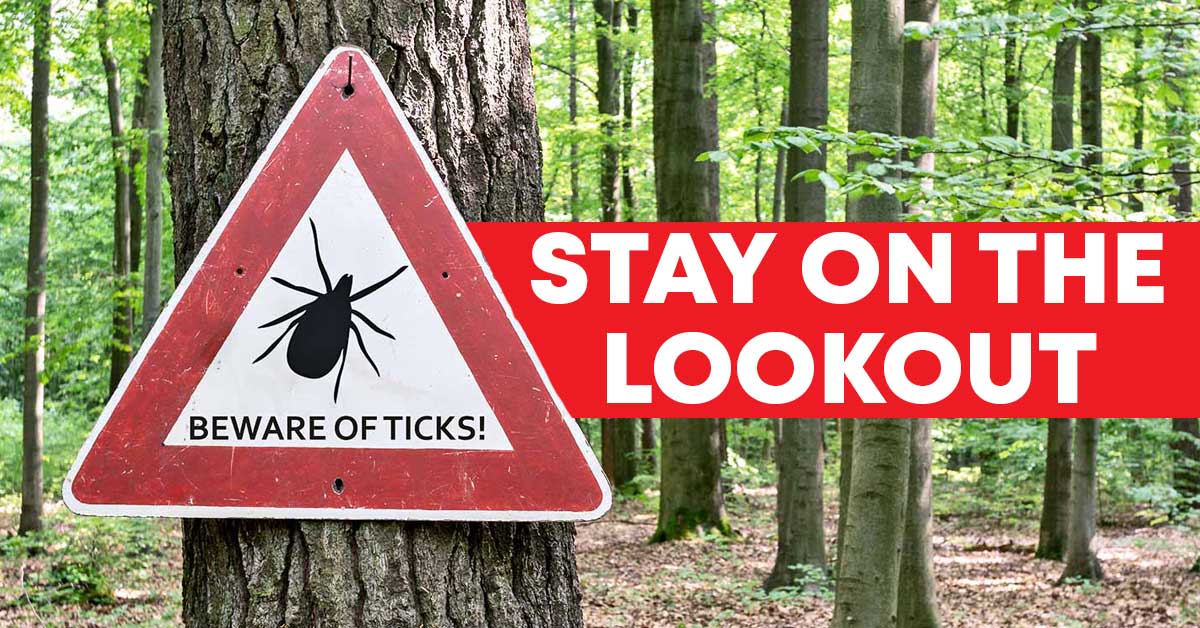 A slow start to fall and winter is always welcomed by Minnesotans, but it is also welcomed by ticks. A slower start to temperature cooldowns expands tick season as a result, posing increased risks of potential Lyme disease.

In an average year, 30,000 cases of Lyme disease are reported to the CDC by state health departments. However, the CDC notes this is an under-reporting of the actual number of cases that are diagnosed each. They believe a better estimate could be that 476,000 people are diagnosed with Lyme disease each year.

August and September are still very much tick season in Minnesota – so keep your eyes out!

How can I spot a tick bite?

Lyme disease is easily recognized by the bull’s-eye style rash that appears on 70% to 80% of those bitten. The rash is a sign you have been bitten, even if a tick is not currently present on you, still seek testing.

Those that experience a persistent red bump, similar to a mosquito bite, that stays for more than 3 days should seek testing. This may indicate you were bitten by a tick, but because the bull’s-eye is not present the tick may not have been infected.

Normally, ticks hide in dark parts of the body that have decreased exposure to the light. Commonly this can be under the armpit, behind the ears or hair, or in the groin.

Where are ticks most common?

Minnesota was among the most common states for someone to be bitten by a tick. Over the years ticks have been migrating slowly to the southern United States though they are primarily prevalent in the midwest.

Ticks are commonly found in wooded areas, but also appear in the grass – may be in your own backyard. You may not be accustomed to checking for ticks after gardening in your backyard, but it does not hurt to check!

How can I decrease my risk of tick bites?

Always check yourself for ticks after being in wooded areas. The sooner you notice a tick on your skin the easier it is to remove it before it bites.

Keep in mind that ticks can not fly or jump. Wearing pants and tall socks can help prevent ticks from latching onto your skin (instead you will find them on your clothing).

There is tick repellent you can use for extra protection. This may be an included feature of your existing bug spray, but you will need to check the label.

It is recommended you also shower within 2 hours of coming inside. The sooner you shower, the more likely you are to catch a tick before they have a chance to bite or hideaway in a dark area.