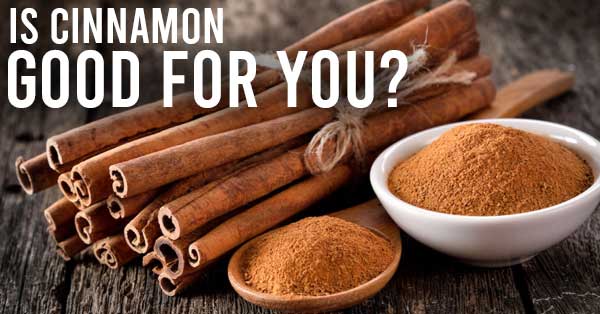 When you think of cinnamon you probably think of the foods that share its namesake – cinnamon rolls, cinnamon lattes, or cinnamon bread. While these foods are often loaded with sugar, just cinnamon, as an ingredient for adding to other things you cook, has been speculated to offer some surprising health benefits.

Know the types of cinnamon

Not all cinnamon is created equal. The two most common forms of cinnamon sold in the United States are cassia and Ceylon. Sometimes you may see a mixture of both.

Ceylon is easier to grind to a more granulated state but is typically considered to be inferior to the darker and slightly larger chunks of cassia cinnamon.

There have been many studies on cinnamon’s involvement in managing diabetes, but information has remained inconclusive. This is not a miracle cure for diabetes, but the studies that have been completed indicate that cinnamon is at least worth adding to your cabinet for cooking.

While cinnamon may temporarily lower blood sugar, it has not been found to create any change in hemoglobin A1C, which is commonly used to track blood sugar levels over long periods of time. Additionally, because many studies do not define the type of cinnamon used, it makes it harder to define the results.

How cinnamon may affect your hair

A 2018 study examined a specific compound of cinnamon, cinnamaldehyde, and its role in hair growth. Though the study was completed on rats, the results produced similar effects to Rogaine.

Because the cinnamaldehyde found in cinnamon is able to increase circulation to your hair, it is theorized to support hair growth. Without more studies completed on human test subjects, the role of cinnamon in hair growth will remain inconclusive.

Why cinnamon is a healthy option overall

Cinnamon does not pose the same health concerns as sugar or salt. Because of this, swapping either of these cooking ingredients for cinnamon can be an upgrade.

Though cinnamons role in managing blood sugar and hair growth is still inconclusive, it is a healthy option for the purpose of being a substitute in place of less healthy options.