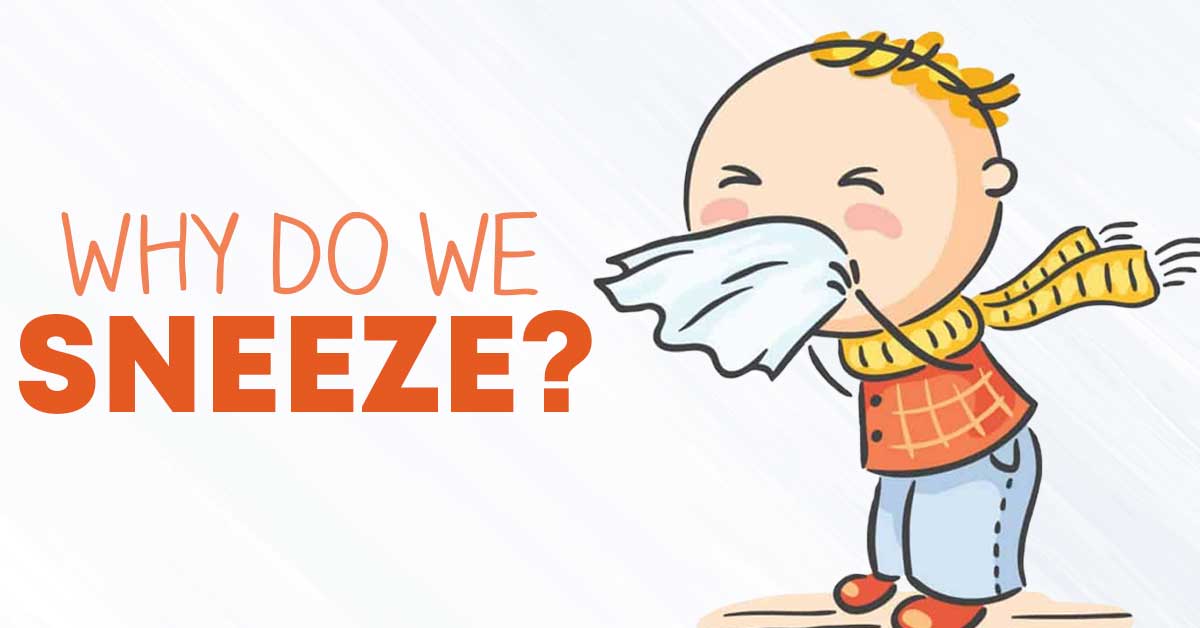 A sneeze can happen suddenly – often with little warning or expectation. If you have allergies, you may be aware of certain smells or seasons that trigger you to sneeze or have a runny nose.

Sneezing is a natural defense reaction that your body sets forth to protect itself against incoming dirt, pollen, or other irritants. A sneeze acts as a strong breeze, blowing these things out of your nose and preventing them from entering further.

If a sneeze is unable to blast out these nasty irritants, you increase your risk of getting sick from invading bacteria and other germs entering your body. Alternatively, you may already be sick and the sneeze is attempting to remove some of the troublesome bacteria your body is fighting.

What happens during a sneeze?

Sneezing is caused by the mucous membranes in your nose or throat being irritated. Together with your chest muscles, diaphragm, abdominals, vocal cords, and other muscles in the back of your throat work in unison to trigger a sneeze.

You may have noticed in the few seconds before sneezing that your body prepares for the sneeze by forcing your eyes shut and feeling your muscles brace for the force of the sneeze.

At times it may be necessary for your body to emit multiple sneezes in rapid succession. This often occurs when a single sneeze is not enough to dispel the irritant fully. Other times it may come as the result of ongoing inflammation within your nose.

Sneezing as a result of a cold

Besides an irritant brought on by the environment around you, sneezing (and a runny nose) can be the result of a common cold. This is due to your body attempting to dispel germs out of your nose. To overcome this, you should get plenty of rest and eat foods that support your immune system (like those high in vitamin C).

While a sneeze is not pleasant, and will likely bother those around you to realize that you are sick, you should not hold in a sneeze. Because sneezes can come with so much force, they can greatly increase the pressure in your nasal passage and potentially damage vessels in your eyes, nose, or eardrums if held in.

Why can you not keep your eyes open when you sneeze?

It is nearly impossible to keep your eyes open when you sneeze. The act of closing our eyes during a sneeze is involuntary, and fighting this urge goes against your body’s natural reflex.

Besides being a natural method to brace the body, others have speculated that closing your eyes is a natural precaution to help prevent any discharge from your nose to enter your eyes.