You likely are familiar with the joint pain illness that is arthritis – but July’s Juvenile Arthritis month seeks to highlight one of the many aspects of arthritis that may not be prevalent in mainstream knowledge. Though arthritis is commonly thought of as a disease for older adults, juvenile arthritis impacts nearly 300,000 American children (under the age of 16).

Arthritis is even more common in adults where the CDC reports 24% of all people are estimated to have arthritis. Though many are not diagnosed, the joint pain likely limits their mobility in activities. Statistics indicate that 1 in 4 adults who have arthritis report severe joint pain – this is about 1 out of every 16 people.

Of these roughly 300,000 cases in children, about 50,000 are juvenile idiopathic arthritis cases (JIA – formerly called juvenile rheumatoid arthritis). Because JIA is an “autoimmune” form of arthritis, it can compromise a child’s ability to fight normal diseases and leaves them open to complications that may affect their eyes, bone growth, etc.

Though adults have more developed immune systems, with rheumatoid arthritis your “body’s immune system attacks the lining of the joint capsule, a tough membrane that encloses all the joint parts” (Mayo Clinic).

The most common type of arthritis among adults is osteoarthritis.
Osteoarthritis is caused by the wear-and-tear damage to the joint’s cartilage. As the cartilage between your bones wears out, they no longer move as smoothly resulting in friction. In the worst-case scenarios, bone-on-bone friction can eventually develop.

What Puts You at Risk of Arthritis?

According to the May Clinic, notable risk factors include:

The Wider-Reaching Impact of Arthritis

Though commonly thought of as a joint issue, the CDC has explored the connection between arthritis and mental health. By their estimation, about 1 in 5 US adults who have arthritis also suffer from anxiety or depression. This connection was most commonly found in younger arthritis patients – those aged 18 to 44.

If you know someone with arthritis, you may have heard them reference a connection between the weather and their joint pain. There is a bit of an interesting connection to explore as theories range from a connection to air pressure or just a general decrease in physical activity on stormy days.

What about Physical Activity?

Patients with arthritis are encouraged to stay active – both children and adults. By maintaining regular physical activity you can improve your arthritis pain, function, and mood. Additionally, this can help you maintain a healthy lifestyle and body weight.
It is important that you select activities that are comfortable for your joints. Often times arthritis patients find biking or swimming to be great options that have a low impact on your joints.

How Common is Arthritis in Minnesota?

A 2015 study from the CDC examined the prevalence of arthritis in each state. This was accomplished using randomized surveys. States located in the southeast section of the United States (excluding Florida) were observed to have the highest rates of arthritis, between 25.8% and 33.6% of the population. Maine and Michigan also ranked in this high category.

Fortunately, Minnesota fell into the lowest category of arthritis prevalence, between 17.2% and 21.5%. 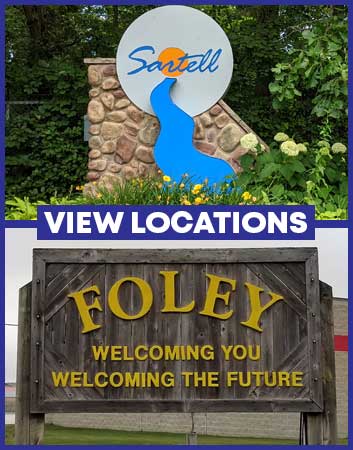 Copyright 2022, Integracare LTD, All Rights Reserved. Information on this website should not be regarded as medical advice.