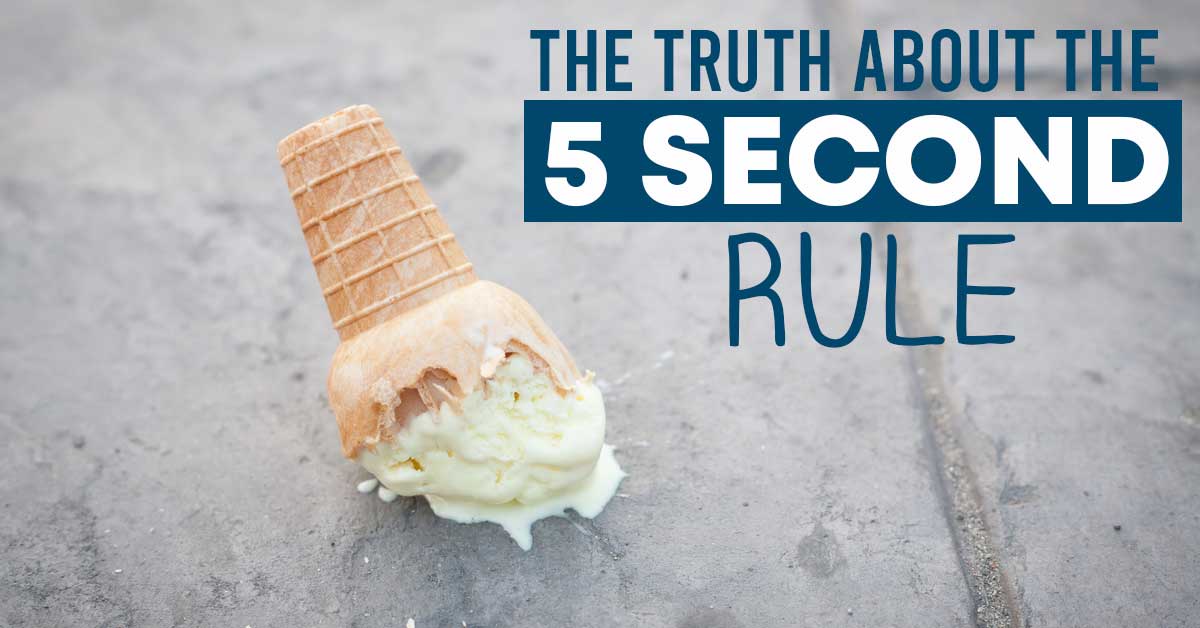 Have you ever seen someone scoop food off the floor and announce that it’s safe because of the “5-second rule?”

It is as simple as the supposed “rule” would suggest: if the food is on the ground for 5 seconds or less, it is deemed safe by those that follow this rule.

We will cut right to the chase though: this is a myth.

What does the research say?

Take that information all with a grain of salt, because even a slow transfer rate is still very fast, in some instances less than one second.

What are the risks?

When eating food that may have absorbed bacteria from the floor, you put yourself at risk of falling ill from a foodborne illness.

Of course, incorrectly cooked foods can cause foodborne illness, but the bacteria picked up from dropped foods can as well. You never know what bacteria is present on the ground below you.

The common cold or other transmittable diseases can be found in these bacteria as well. Same as the risk you would incur from touching a dirty doorknob and then touching your hand to your face.

Is there any truth to the 5-second rule?

No doubt, 5 seconds is too long to leave something sitting. Even if you pick it up almost immediately some bacteria will still have transferred, so you are safer to just throw it out.

Knowing the food you are eating is “safe” comes down to too many variables to consider that it is often just safer to exercise caution.